The Avengers Endgame and your event

In case you missed it, Disney/Marvel's Avengers: Endgame is set to release this month.

You might be thinking to yourself, "Eugene, why are you writing again about a comic book movie?"

Because even if you hate comics, there are massive business takeaways that are directly applicable to every event!

Allow me to share just two with you ... (there are several more) 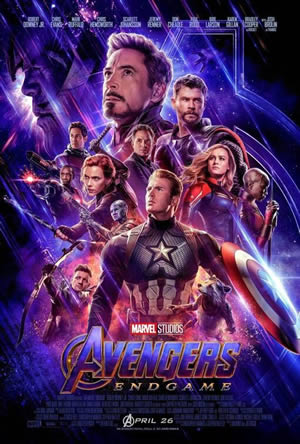 First, Disney has yet to put Avengers tickets on sale. Rumor has it that will happen, today, April 2nd. And the Avengers movie is set for release on April 26th in North America. With a preview night on the 25th. To most event organizers, that's nuts!

With every client I've worked with over the last 11 years, we've adopted the Disney model for ticket sales. The result in every instance, record advance and total ticket revenues.

Waiting to sell tickets, like Disney, is something every event organizer should consider ... provided you have mastered one critical marketing component (more on that shortly)!

Second, Disney spends an unbelievable amount of money on advertising and marketing.

Estimates put the Avengers: Endgame total budget around USD 600 million. Half of which, $300 million, is usually earmarked for marketing/advertising.

That leads to a big question. Do you have the confidence to allocate 100% of your event production budget to advertising and marketing?

Most event organizers couldn't fathom such an idea – let alone afford it!

How does Disney do that?

Because they know their marketing and advertising numbers cold! Just like in Hopkins' Scientific Advertising: for every dollar in advertising, you can track those advertising dollars to a result.

And once you know how to truly leverage your marketing and advertising, you can buy and negotiate with Disney like confidence.

Here's the bottom line on Disney for today, they know how to drive DEMAND! And demand is one of the biggest, if not the biggest, factor in your event ticket sales.

Without demand, you can have the biggest marketing budget in the world and people won't attend your event. Why not? Because they're not interested (zero demand)!

You need to intently focus on DEMAND!

How would it feel to have your event paid for before a single person walks in the front door/gate?

Now I can't promise you the same level of ticket demand as the new Avengers movie. But issue one of the Event Profit Report gives you my secret weapon clients have used to generate massive ticket sales demand for their events.

Including the ability to slap "SOLD OUT!" on their ticket sales page. So can you!

Want to get more information on advance ticket sales for your next event? Check out the articles below:

Posted at 07:24 in Event Promotion and Marketing | Permalink