The BIGGEST Secret to a Successful Event 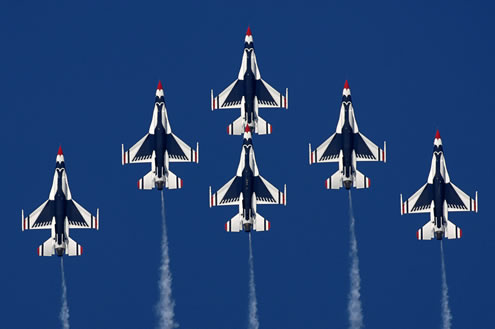 I’m writing you this while enroute to Las Vegas for an air show conference.  (Ah, the joys of technology – never to escape work!) The guy in front of me has his seat all the way back, so I can hardly see whatI’m typing. Anyway, here we go ...

Fasten your seat belts, because you’re about to be blown away, ready?

The Biggest Secret to a Successful Event is ...

Plan an Event People are Dying to Attend!

After reading that, you're probably thinking, “Eugene are you kidding me?!?! I already know that. Share something I don’t already know!” What seems like the most obvious piece of event advice ever (see above) is actually ignored by very smart event organizers. Even worse, it happens all the time!

The Same Call About Every Two Weeks
I can’t tell you how many phone calls I’ve had over the years from desperate event organizers. These calls come in about every two weeks, (basically all the same) … “Eugene, I have an event in a few weeks and need to sell 4,500 tickets to break even. Our tickets have been on sale for months, yet nobody is buying. If I can’t sell those tickets, I‘ll lose $80,000 (one event stood to lose $350,000+), can you please help me?”

They’re Already Doomed
In most cases, I can’t help and it’s a horrible feeling! The reason I can’t help … those event organizers sealed their fate the moment they started to plan their event. If people aren't buying tickets to your event, it's most likely because they're not interested.

Do you want to avoid massive event failure? Then please STOP planning events that YOU think people want to attend ... It doesn’t work! Just because you’re passionate about your event, DOESN’T mean that other people feel the same way.  If you think that you can market an event people aren't interested in with a ton of advertising (or great PR), that won’t help either. It's like trying to get a friend to buy something they don't want or need. You can press until you're blue-in-the-face, but they'll never buy. No event organizer on planet Earth has enough advertising dollars to change people’s minds!

“So what can I do to create a successful event?”

Make It an Easy Buy
Start planning events people want to attend without any cajoling or prodding.  Here’s a little secret … I focus on air shows and beer festivals because it’s EASY to sell a ticket. In the case of air shows … People want to want to watch planes scream across the sky with loops and rolls … it’s like a real life version of TOP GUN.

Why do I promote beer festivals? Again, it’s an easy sell … Tons of people enjoy spending time with their friends, listening to great music, all while drinking (responsibly) some of the greatest beers in the world.

I'm Going to Do Something the World has Never Seen Before!
If you're thinking, "I want to do something nobody has done before," chances are it will fail. Please understand, I'm not trying to squash your creativity or ambition. Yes, doing a brand new event idea can turn out to be profitable. But, as with any new endevor into uncharted territory, there comes significantly more risk. You're far better off modeling another event that you know is successful and adding your own spin. Please note: I said model, not rip off. It might not be as exciting, but it's guaranteed to be far more likely to succeed. Save your creativity for after you've had a string of highly successful (and profitable) events.

On Friday, December 2, I’ll be opening up slots for the first (and most critical) step in the Event Promotion System … “Finding and Engaging Your Target Market.” If you’re just starting to plan an event or a seasoned pro, you need to be on this training. We’ll dive into proven strategies and tactics super-successful event organizers START WITH to drive massive advance ticket sales and pack their event.

Until now, the only way you could get this training is by purchasing the entire 7 Step Event Promotion System for $1,497. People have told me that they can’t afford that, so I’ve decided to break out the first step (the most important) into its own module. That means, you get the training at a fraction of the total price.

Look to your inbox (subscribers ONLY) for complete details on Friday. If you're not already a subscriber, you can sign up on the top left of this page.

Good night from just north of (and way over) Little Rock, Arkansas!

Here are some additional articles on having a succesful event:

Thanks for the kind words!

All the best with your event endeavors.

Eugene Loj is an amazing guy that is well versed in marketing and marketing strategies. I was floored to read his notes from his web site only to find that what I said to an organization, and was right and they did not listen...a student NYU, I will also promote his web site to my fellow students...