After your event comes to a close, do you carefully review the effectiveness of your advertising? 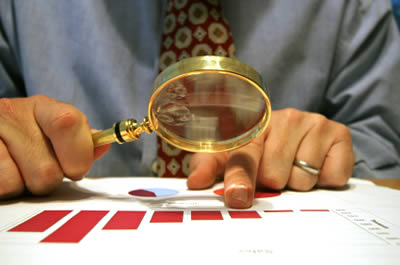 We Spend $250,000 a Year on Advertising!
A few years ago, a west coast event organizer confided to me that they didn’t know their most effective form of advertising. All they could do was guess.  That same organizer blindly spends almost $250,000 each year advertising their event - summing up their strategy with "that’s what we always done.” Seriously?!?!? Here’s the really scary part . . . most event organizers can’t identify their most effective form of advertising. At best it’s a complete guess. As a result, countless advertising dollars are lost forever.

Here’s a Simple (Yet Effective) Idea . . .
A few weeks ago I sat down with a potential client to help them solve their attendance woes.  While going through a litany of questions, we uncovered an amazing piece of event marketing intelligence. There was a folder crammed full of simple paper surveys.  The survey included a series of checkboxes for each of the various advertising channels (television, print, billboards, Facebook, etc.) At the top of the checkboxes was the question “How did you hear about the event?” Event attendees were handed out the survey upon entering the event. In return for filling out the survey, people were offered a free can of pop (soda).

Was the survey scientific? “No way!” But some data is better than no data. More importantly, it gave the event organizers critical feedback.

It isn’t as simple as concluding that billboard advertising doesn’t work.  There are a number of factors at work.  It could have been anything from a bad market to message match to poor billboard location. At least now the event organizer can ask, “Is it worth spending 25% of your advertising on something that isn’t helping people show up to our event?”  Maybe – maybe not.  Unless they had the survey data. But I think it’s fair to assume that they won’t be dedicating 25% of their advertising budget to billboards next year.

Feel free to take the survey idea from above a run with it. If you don’t want to do a paper survey, try an online survey.  The survey can be as simple as “how did you hear about us?” You don’t want to guess on the most effective way to drive people to your event - quantify it! If you can’t quantifiably identify what advertising works to get attendees to your event - it’s like flushing good money down the toilet. If you have a recurring event, the information above is every more important.

Posted at 15:48 in Event Promotion and Marketing | Permalink | Comments (0)