How to Sell Tickets to Your Event
What Happens When Your Event Web Site CRASHES? 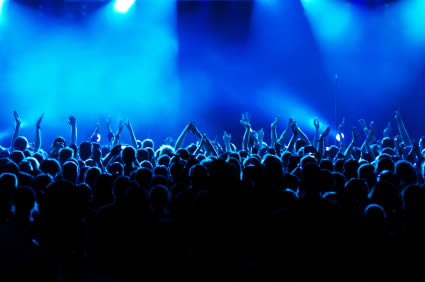 Here’s the Simple Strategy
The ultimate event promotion strategy is to find “a starving crowd.” Some people might be disappointed by the answer, but I can tell you from experience no form of marketing or promotion strategy can trump “a starving crowd.” The starving crowd strategy comes from the late marketing genius Gary Halbert.  In a head to head business competition - Gary was willing to give a competitor any business advantage imaginable, as long as he could have the starving crowd. Think about it this way – How hard would it be to pack an event that already had a massive amount of demand? Check out Gary's "Starving Crowd" article for a closer look.

Selling Out Like a Rock Concert
Here is a real life example of using the starving crowd strategy. Consider how bands and musicians sell out their concerts.  Bands typically don’t start with trying to sell concert tickets, unless they’re well established. They usually start by producing an album and getting it to market. The album gets played on the radio and downloaded twenty gazillion times online. This process gets people excited about the band and their music. After a successful album has been out for a few months to a year - people are amped up about the music. When customer demand is high the band starts to talk about touring and concerts. It’s far easier to pack a concert with ravenous fans (a starving crowd), than without. Take a look at "When to Start Selling Tickets to Your Event" for additional details.

Your Event Promotion Will Flop, If . . .
If you don’t have a starving crowd your promotion and marketing strategy is largely irrelevant.  When planning an event start by making sure people are predisposed to attend.  You can have the greatest event idea in the world, but if nobody knows about it and worse - nobody cares about it . . . you are going nowhere fast! Far too many event organizer plan great events, only to have no one show up because there was no demand.

An Easy Way to Find a Starving Crowd
One place to quickly find a starving crowd is by carefully looking at other successful events. You don’t have to reinvent the wheel with your event.  Look for events that people are already attending and are packed to the hilt. You can probably take the concept or exact model and use it for your event. With the Internet, it’s never been easier to do some quick research. You can quickly scan through newspaper archives or event use Google to do some quick research. If you find an event idea that seems to be working call the event organizer up and find out more. You would be surprised how open other event organizers are regarding their event.

Before you plan your next event start by asking yourself, “Are people going to come out in droves to attend my event?”  Trust me, I’ve made the mistake of thinking I had a great event idea. In end I was left with nobody showing up and money out of pocket. It's far easier when you have the deck stacked in your favor.