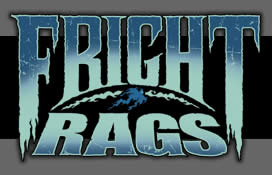 On Monday, I had an interesting meeting with my friend Ben from Fright-Rags.com. We met to review and discuss Ben’s ongoing marketing efforts for his business. Over the last four months Ben has really amped up his email marketing.  He’s gone from sending one email a month to sending special promotions emails once a day for an entire month. If you asked Ben six months ago to send one email a day his response would have been, “No way, absolutely not!” How did he go from one email a month to one email a day?  He eased into it. He had to prove to himself that he wasn’t going to annoy his list if he sent more email.  I encourage everyone reading this to email their list often. Ben proved to himself that the more often he sends emails the more he sells. Don’t be afraid to email your list often or push your sales process a little. This information is applicable to both your event and your business.

The Secret Santa Experiment
Here is a great example of guerrilla email marketing that works. At the end of November Ben decided to start a Secret Santa list for his current list subscribers. Everyone on Ben’s email list received an invitation to join his Secret Santa list. Each day in December list subscribers would receive a special discount offer on one of Ben’s t-shirts. I have to admit, when Ben first told me about his idea I was a bit apprehensive.  Sending a sales pitch email each day for 30 days didn’t seem like the smart thing to do.  I’m happy to admit that my apprehension was unjustified.

How Many People Opted Out?
Ben shared his Secret Santa statistics with me. From his primary list of email subscribers 439 people signed up to the Secret Santa list.  Ben then proceeded to send 31 emails, one email per day, during the month of December. Most people would logically assume that by sending one sales email a day the list would tire, get annoyed, and opt-out. To my surprise only 13 people of the total 452 opted out of his email sequence. That is less than a 3% opt out rate, which is simply amazing. More importantly the people on his Secret Santa list bought t-shirt from him.

I would encourage you to visit Ben’s site, Fright-Rags.com, and try to gather some email marketing ideas from his home page. Pay particular attention to his email opt-in box.

Posted at 09:29 in Event Promotion and Marketing | Permalink | Comments (0)