When being #1 in Google is a BAD!
Event Promotion and the brutal truth about Social Media

FAIR WARNING: "Buckle up" ticketing companies it's about to get rough!

Just imagine this . . . you're getting ready to send a ticket launch email to 52,000 fans. Months of hard work and negotiations have gone into making the big ticket launch possible. For weeks people have been begging you to buy event tickets. It's like all the stars and planets have aligned. 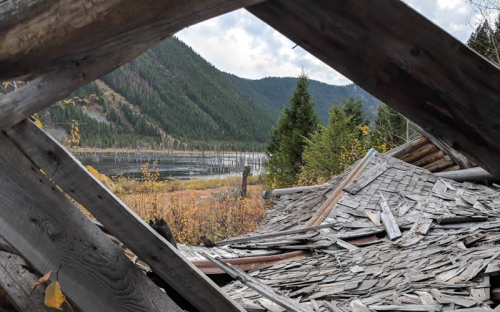 If you're going BIG, do it right! As with any ticket launch, there are a series of pre-launch checklists to go through.

An important pre-launch check for tickets involves online promo codes. That means going through test permutations across multiple devices. Not fun, but necessary! That is where I found myself with a client's big 52,000 person launch and their ticketing company. So, I insisted on a live test of the ticketing system.

There we were, the evening before the ticket launch. At that point, the ticketing company's account manager said that a test wasn't necessary and fighting me for days. He told me, "I've set up promo codes for countless events!" So, I pressed again. Still no luck. Finally, I called the ticketing manager, yet again. There was some candid conversation, and I was told, "Eugene - I guarantee you the promo code is going to work! Stop pestering me about this!" Against my better judgment, I reluctantly conceded not to test.

Next day at noon Eastern, 52,000 emails are sent out to rabid fans. Then a surge of sales come rolling in "cha-ching!" The numbers were better than forecast - wow! People were buying like crazy, and the client was elated. And then, the customer telephone calls started ...

Ticket sales were going gang-busters because 52,000 people had been sent a promo code that did not work. That meant higher revenues.

Here's the short version of this screw-up. The ticket company set the promo code for noon Central, not noon Eastern time. It's only 60 minutes, "how bad could it be?" During that same time, thousands of people had received the launch email. And hundreds of people had made purchases without using the launch discount. Why would someone purchase without the promo code? Because the marketing had created so much demand that people were buying on emotion, not logic! There were a limited number of seats. People didn't want to lose the best seats in town, so they purchased.

For the next 10 days, the client was forced to deal with hundreds of angry customers. A devastating opportunity cost! When your focus is 100% on "un-borking" a lousy customer situation - you can't focus 100% on selling tickets to your event.

Here's something vital. Remember that people don't see the ticketing company in the promo code mess above. They only the event! If this was your event . . . it's your reputation that is damaged in the mind of your consumer.

Here's my rub with ticketing companies . . . over the last 10 years, every ticketing company except for one has had a ROYAL screw up. Everything from wrong ticket bar codes, not identifying fraudulent sales brought to their attention, way too many promo code issues, broken shopping carts, etc. We're talking about indefensible stuff here.

We all make mistakes. Heck, I might be the king of errors. My harsh criticism of ticket companies is not about mistakes. It's about their total lack of accepting responsibility.

"We were hacked!" That's not my client's problem! When something goes wrong, focusing on the fix! Blaming and finger pointing is useless drama. You can debrief the issues later.

Which leads me to today's takeaway . . .

Make sure you negotiate with your ticketing company on what happens when things get screwed up, on either end. It's a two-way street! Those contingencies should be clearly stated and agreed upon, before signing any ticketing contracts. Especially multi-year agreements. If you're told, "our lawyers won't allow us to change the service agreement." Find another company who will.

You must negotiate the best ticketing contract possible. You're paying them and your butt on the line. Please make sure that all parties get what they need to be successful.

If you know of a fantastic ticketing company that you strongly recommend, please let me know.

Want to get more event ticketing advice? Check out the articles below:

Posted at 04:44 in Event Promotion and Marketing | Permalink