Regarding an Event Promotion Idea ..."Yeah, that won't work for us!"
“You Can’t Handle the Truth!”

Do You Do This With All Your Event Promotion?

It was 2011 and Rochester, New York had some of the first digital billboards.

For the billboard companies digital was great! Instead of one ad every 30-60 days, plus production costs … they could run several ads in 6-8 second rotations. Based on placements and total display time, I believe the digital billboard pricing, at that time, was around $7,500 for a 30 or 60-day run. (FYI – My figures might be off a little – it was 8 years ago.) 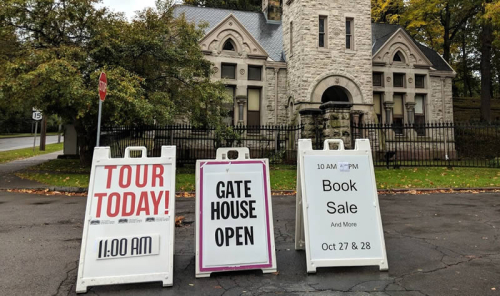 In 2011, a client decided to use the new fancy digital billboards to promote their upcoming event. The client had called me to tell me that the digital billboard had been up for a few days. That was a surprise to me - because I hadn’t seen anything.

Since it’s me, I drove back and forth on the interstate until the client’s ad displayed! Finally, “there it is!!” New and exciting! Then, after a second or two, my marketing brain kicked in.

There was no call to action or web address on the billboard! After exiting the interstate, I photographed the billboard and drove straight to the office.

Upon arriving, Google Analytics was carefully checked. Analytics showed that since the digital billboard went live, the event web site received an extra 2-5 visitors a day. Yes, that’s it ... a measly 2 – 5 additional visitors. All that for a digital billboard with a daily traffic count of over 80,000 and thousands of dollars invested. Not acceptable results!

How could the situation above have been avoided? As a friend of mine, Phil Pacific, is fond of saying “INSPECT what you EXPECT!” The client had their intern design the billboard and never sent it out for anyone to review and never checked the effectiveness of their marketing.

Interns are awesome. Two of my interns went on to form massively successful companies. That said, you need to give every intern specific rules of engagement and crystal-clear marketing orders.

Here are two quick questions you can use to avoid going nearly apoplectic. Fortunately, because the billboards were digital a change was relatively easy.

(Make sure your web address can’t be missed in any piece of marketing or advertising. It should be the most prominent visual element.)

If they remember only one thing about your event, let it be your web address! The purpose of all your advertising and marketing is to get interested people to your event web site. Especially when people are driving by at 100+ Kph / 55 MPH.

Want to get more event promotion advice? Check out the articles below:

Posted at 07:09 in Event Promotion and Marketing | Permalink | Comments (0)