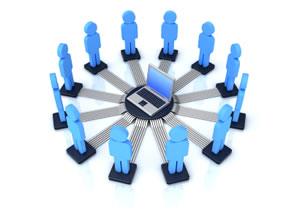 Social Media in Event Marketing is a double edged sword . . . It can be either a tremendous event promotion asset or a potential public relations disaster.

Here's a tenet to follow when it comes to social media and your event marketing . . . Be very honest with the online information regarding you event! It doesn’t matter if the information is on your own event web site, Facebook, Twitter, or a newspaper interview. People are keeping an eye on you. Let me give you a specific example I found online a few month ago . . .  It revolves around a post-event article in a local newspaper.

From Good to Bad Press
In the article, the event organizer of a music festival claimed that a few thousand people showed up to their event.  I believe they said 3,000 to 4,000 attendees. The online newspaper article included a comment box section. Comment boxes are essentially another form of social media and they are pretty frequent on today’s news web sites.

Unfortunately the comment box told a different story regarding the reported attendance . . . Actual event attendees posted comments calling the event organizer out! One person said, “They’re lucky if there was 750 people, NO WAY there was a few thousand!” Other comments, while not as harsh, basically said the same thing. Because of the comments, the event organizer appears to be dishonest.

Here’s the problem - the event organizer PROBABLY estimated a very high number of attendees – Yet, they were called out by their own (supposed) attendees. Could the people who posted the negative comments regarding attendance numbers been shills? Possibly! But, the reader doesn’t know that! More importantly, NOBODY came to the event organizers defense in the comment section.

The end result - what started as free publicity, turns into bad press.

Here’s the lesson to be learned - In today’s social media world, you MUST BE completely transparent and honest with the public. Little white lies can turn into a publicity nightmare. Social media information takes only seconds to get around the globe. You can't afford to be dishonest online."

Here are some additional event marketing and promotion resources: