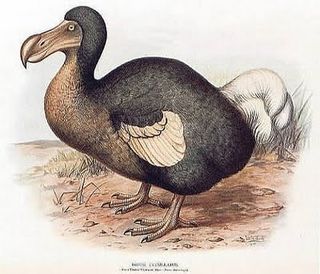 If you ask the average business person about traditional advertising (television, print, & radio), you’d think it went the way of the Dodo Bird. Businesses are abandoning ship for new media like the web, text messaging, and social media.  My advice - don’t abandon traditional media quite yet.  I know the previous statement seems ironic coming from an Internet guy, but I still believe you can make a lot of money with traditional media.

Traditional media is still alive and extremely profitable for those who know the fundamentals of great marketing. The problem is that few businesses really know how to create an ad that resonates with their market, offers a perceived benefit, and gets the prospect to take action. The result is that businesses have taken their lousy advertisements from traditional media and ported it over to the Internet.  The same lousy advertising is now online caked with lots of multimedia and still woefully ineffective. It doesn’t have to be this way. If you can get the marketing fundamentals right, you can have really effective advertising online or off.

Some of the very basic fundamentals of good advertising include the right offer, to the right market, with a well defined call to action. Last Friday a friend of mine shared a story that shows that traditional media is still alive and well, if you get the fundamentals right.

The News Paper Ad
After some investigation he found out that there was a newspaper ad with his cell phone number listed. The text ad basically stated “Man seeks 62 year old woman who will accompany him on an all expenses paid trip to Florida from November until May. Call 201-555-5555.” Something that simple prompted him to get almost a hundred telephone calls. There were no fancy graphics or pictures, just words in a simple newspaper ad.

Get Your Message and Market Right
There is an important lesson to be learned and can it be applied to almost any business or event. The ad example from above illustrates some very basic, yet powerful marketing fundamentals. The ad was for a very specific prospect, “a 62 year old woman.”  There were clear benefits for the prospect, “All expenses paid trip to Florida.“ And a clear call to action, “Call 201-555-5555.” The ad was devastatingly simple and super effective. Unfortunately in today’s advertising world businesses either cloud their message with too many details or don’t give the right details to get someone to act.  As the old adage goes, “keep it simple stupid!”  Next time you go to create an ad, make sure you are hitting on the basic fundamentals of a great advertisement.

Posted at 09:51 in Event Promotion and Marketing | Permalink | Comments (2)

Thanks for the comment.
I absolutely agree that advertisers must leverage specific mediums for their target prospect. But, even if you have the right medium down, the message still has to resonate with the prospect. In short, the right message is as important as the medium you use!

That’s definitely a compelling ad – all expenses paid! Woo-hoo! I think that “woo-hoo!” feeling is what is needed from an ad. You want a simple ad that has such an outstanding offer that people who read it go “woo hoo!” I think that if the ad targeted a 25-year-old woman, the response would go way down. Women in their 60s are more likely to read the newspaper than a woman in her 20s. You definitely have to put print advertising where your target is looking. Just running an ad in the newspaper won’t be successful unless your prospect reads the newspaper.